The 2022 holiday tour will feature a mix of holiday classics from The Beach Boys’ 1964 Christmas album as well as songs from The Beach Boys co-founder and lead singer Mike Love’s holiday album, Reason for the Season.  Featuring an array of new holiday songs and Christmas classics ranging from bright guitar and horn-filled pop and rock and track to softer traditional carols and ballads, Reason for the Season was produced by Sam Hollander (One Direction, Panic! at the Disco, Train) and Steve Greenberg (Hanson, AJR) and features artists including Hanson as well as Love’s children Ambha, Brian, Christian and Hayleigh Love.

This concert will not feature Brian Wilson, Al Jardine or David Marks.

DELIVERY DELAY: Tickets will not be delivered until one week after the general on-sale date. 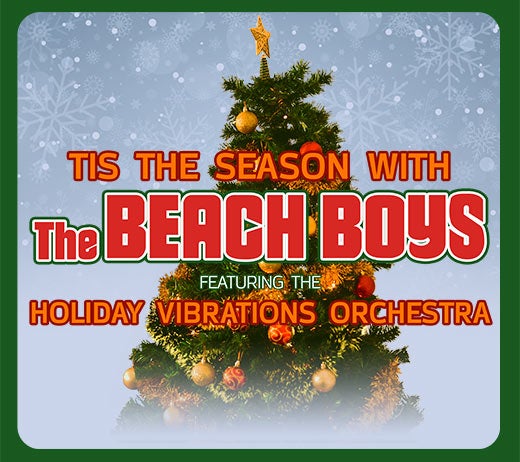