A CHRISTMAS CAROL has been cancelled for 2020.

This fully-staged musical version of Charles Dickens’ classic tale, A CHRISTMAS CAROL, has become a Yuletide tradition.  The story was adapted for the stage by Charles Jones, former executive director of the Omaha Community Playhouse in Omaha, Nebraska.  The Caravan has been touring this adaptation of A CHRISTMAS CAROL since 1979.  It is one of the most widely viewed productions of the Dickens tale in the nation, annually performing for over 100,000 people in over 60 cities across the country.

A Christmas Carol features a spirited ensemble of 23 performers who bring Dickens’ fable of redemption to life on a magical set created by noted designer James Othuse.  A full array of timeless carols such as “God Rest Ye Merry Gentlemen,” “Away In a Manger” and “Here We Come A-Wassailing” are interwoven within the classic story of a tight-fisted, middle-class merchant Ebenezer Scrooge  and  all the beloved characters from Dickens' 1843 novel.

The heartwarming tale depicts Scrooge, whose values are focused exclusively on profit, and his conflicts with the struggling Cratchit family, whose tragic problems typified the working class during the Industrial Revolution in Victorian England.  The touching climax is based on Dickens' belief that the ills of a greedy world can be healed by brotherhood and unselfishness. 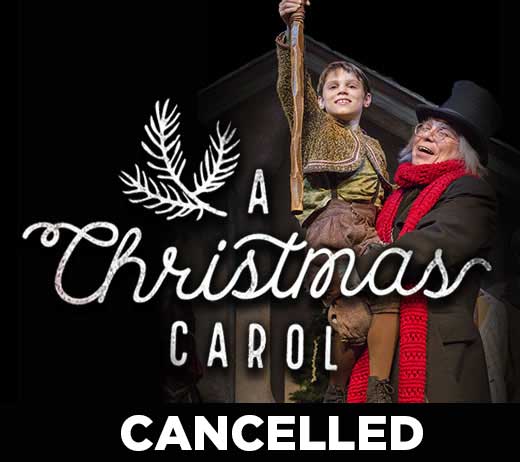