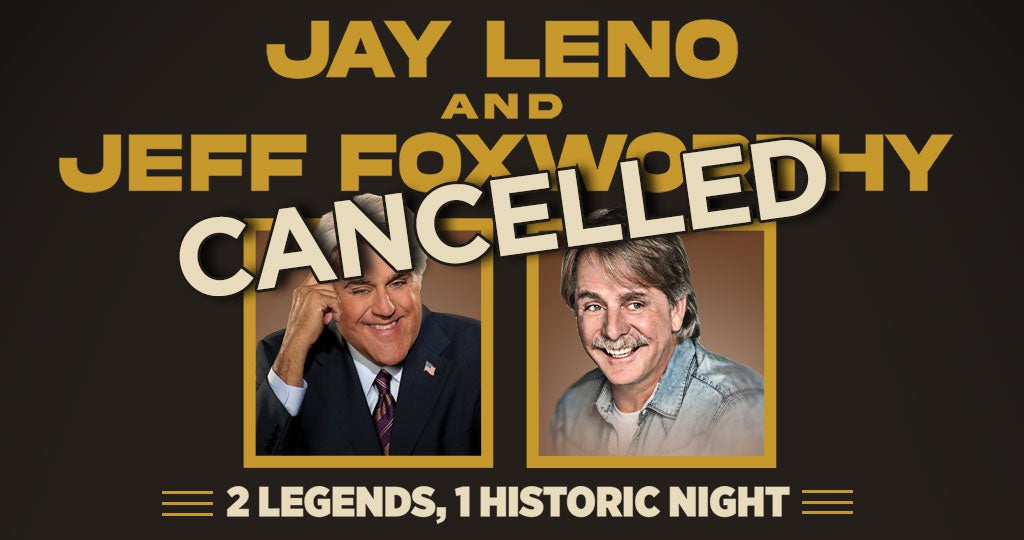 Due to unfortunate circumstances, Jay Leno & Jeff Foxworthy’s performance this weekend in St. Louis at the Fabulous Fox Theatre on Friday, November 18 has been cancelled.

Yesterday, Jay Leno issued the following statement: “I got some serious burns from a gasoline fire. I am ok. Just need a week or two to get back on my feet.”

“I hate canceling shows but Jay getting back to health is more important right now”, says Foxworthy. “Thanks to everyone for the prayers and well wishes. Get well soon buddy!”

All tickets will be automatically refunded at the original point of purchase. Full refunds will be processed this week. Ticket holders will receive credit in the next 7-10 days.

2 Legends, 1 Historic Night! JAY LENO & JEFF FOXWORTHY will join forces for a comedy tour that will make a stop at the Fabulous Fox Theatre on Friday, November 18 at 7:30 p.m.

JEFF FOXWORTHY is one of the most respected and successful comedians in the country.  He is the largest selling comedy-recording artist in history, a multiple Grammy Award nominee and best-selling author of more than 26 books. In 2014, he was inducted into the Georgia Music Hall of Fame.   Widely known for his redneck jokes, his act goes well beyond that to explore the humor in everyday family interactions and human nature, a style that has been compared to Mark Twain’s.

Delivery Delay: Ticket delivery will be delayed until 1 week after the general on-sale date. 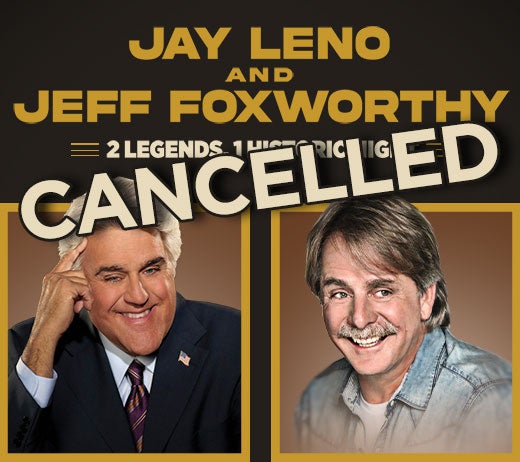