Why Don't We: The Good Times Only Tour (CANCELLED)

Why Don't We: The Good Times Only Tour (CANCELLED) 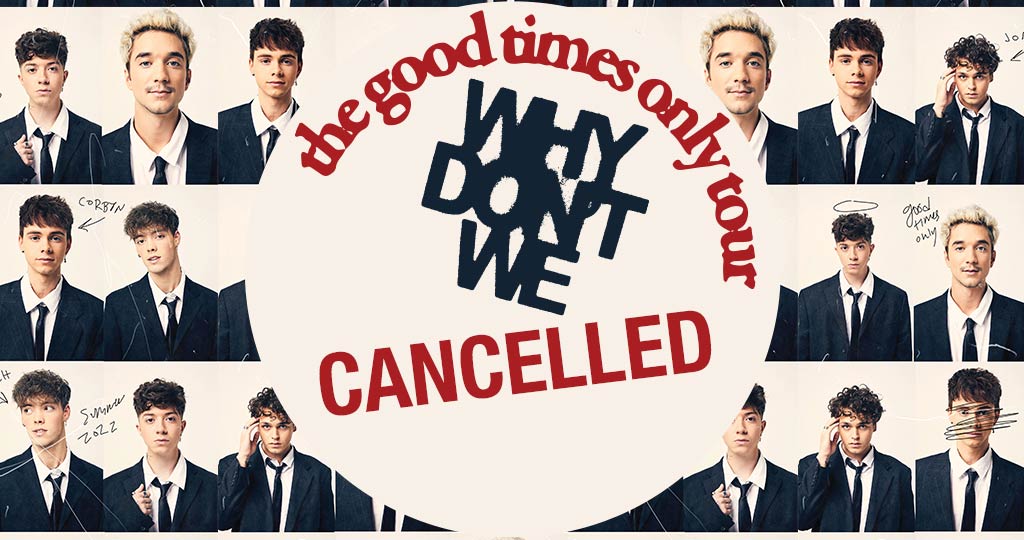 The Why Don’t We Tour scheduled to stop at The Fabulous Fox on September 13, 2022 has been canceled. Refunds will be automatically issued to the credit card used for the original purchase. Please allow 3-10 business days.

With special guest THE ACES and JVKE
Presented by Outback

Why Don't We is an American boy band consisting of Jonah Marais, Corbyn Besson, Daniel Seavey, Jack Avery, and Zach Herron. After forming in 2016, the band went on to successfully release 2 studio albums and 6 extended plays. Their first album, Letter 8, debuted at #9 on the US Billboard 200 in 2018. Shortly after they released 3 singles, "Big Plans," "I Don't Belong in This Club," and "What Am I," which were certified gold by RIAA. The band's second album, The Good Times and the Bad Ones, debuted at #3 on the Billboard 200 chart - making it their highest entry. From that album, their hit single, "Fallin," debuted at #37 on the US Billboard Hot 100 chart, which was their first ever entry.

The Aces are an American alternative pop band, consisting of 4 members: Katie Henderson, McKenna Petty, Alisa Ramirez, and Cristal Ramirez. Their first single as the Aces, "Stuck," reached #38 on the Billboard Alternative Songs chart. In 2017, the band released their debut EP, I Don't Like Being Honest, and signed with Red Bull Records. The Aces joined 5SOS for their Meet You There Tour. Following this tour, they embarked on their own North American headlining tour in support of When My Heart Felt Volcanic, the Waiting For You Tour.

DELIVERY DELAY: Tickets will be delivered beginning approximately 1 week after the general on sale. 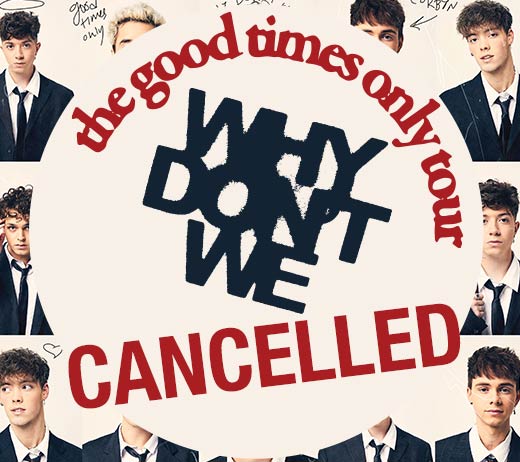