The seven-show season ticket package is headlined by pop culture phenomenon DEAR EVAN HANSEN. The season opens with the winner of four Tony® Awards including Best Revival of a Musical, HELLO, DOLLY!. Get ready to dance into 2020 with SUMMER: THE DONNA SUMMER MUSICAL, followed by the 2018 Tony® Award Winner for Best Musical, THE BAND’S VISIT.  Embark on a mesmerizing joyride through a world of pure imagination with Roald Dahl’s CHARLIE AND THE CHOCOLATE FACTORY.  The memory lives again when CATS, the record-breaking musical spectacular, comes to St. Louis in April and HAMILTON returns to close out the season for a limited five-week engagement! The season also features seven series specials that will include St. Louis’ most “popular” musical WICKED.

Winner of four Tony® Awards including Best Musical Revival, HELLO, DOLLY! is the universally acclaimed smash that NPR calls “the best show of the year!” and the Los Angeles Times says “distills the mood-elevating properties of the American musical at its giddy best.” Director Jerry Zaks’ “gorgeous” (Vogue) new production is “making people crazy happy!” hails The Washington Post. After breaking box office records week after week and receiving unanimous raves on Broadway, HELLO, DOLLY! is now touring America, paying tribute to the original work of legendary director/choreographer Gower Champion – hailed both then and now as one of the greatest stagings in musical theater history. Rolling Stone calls it “a must-see event. A musical comedy dream. If you’re lucky enough to score a ticket, you’ll be seeing something historic. Wow, wow, wow, indeed!” 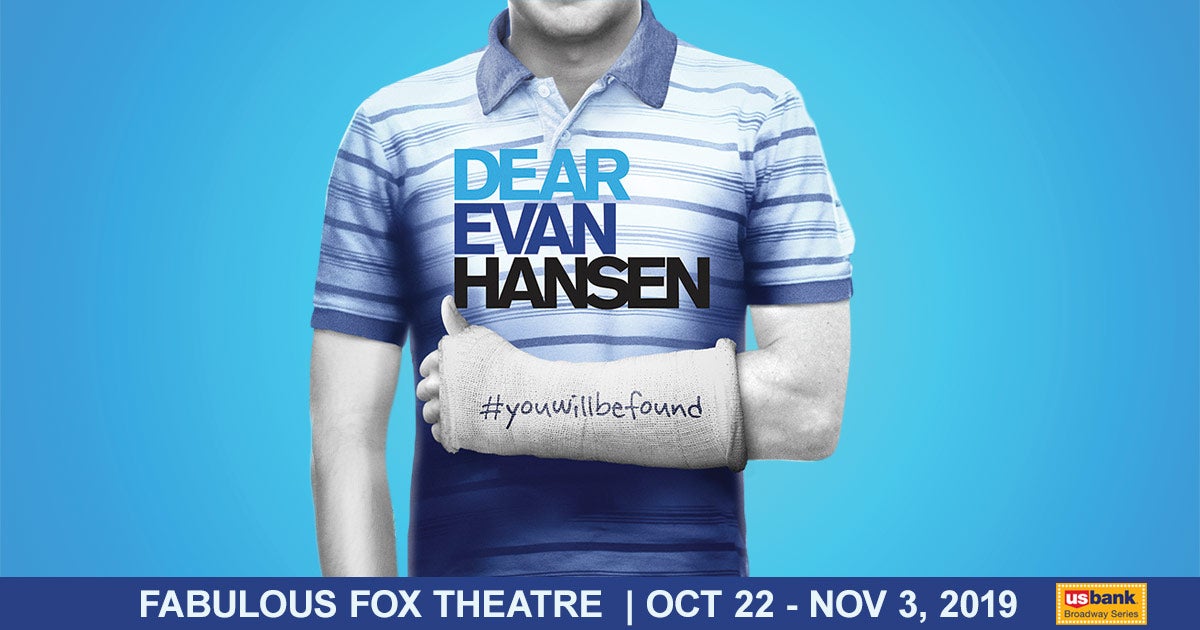 The much anticipated DEAR EVAN HANSEN, winner of six 2017 Tony® Awards including Best Musical and the 2018 Grammy® Award for Best Musical Theater Album, is coming to St. Louis this fall.  A letter that was never meant to be seen, a lie that was never meant to be told and a life he never dreamed he could have, Evan Hansen is about to get the one thing he’s always wanted: a chance to finally fit in. DEAR EVAN HANSEN is the deeply personal and profoundly contemporary musical about life and the way we live it.  DEAR EVAN HANSEN has struck a remarkable chord with audiences and critics everywhere, including The Washington Post which says DEAR EVAN HANSEN is “one of the most remarkable shows in musical theatre history.” The New York Times calls it “a gut-punching, breathtaking knockout of a musical.” And NBC Nightly News declares the musical “an anthem resonating on Broadway and beyond.” DEAR EVAN HANSEN features a book by Tony Award-winner Steven Levenson, a score by Grammy®, Tony and Academy Award® winners Benj Pasek and Justin Paul (La La Land, The Greatest Showman), and direction by four-time Tony Award nominee Michael Greif (Rent, Next to Normal). 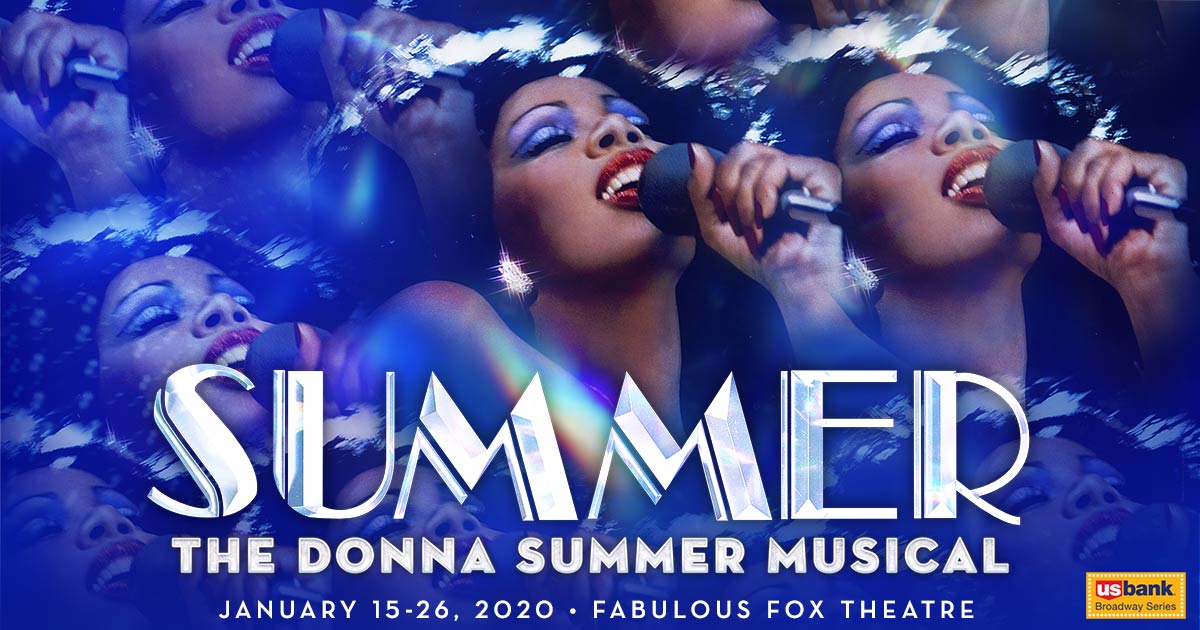 She was a girl from Boston with a voice from heaven, who shot through the stars from gospel choir to dance floor diva. But what the world didn’t know was how Donna Summer risked it all to break through barriers, becoming the icon of an era and the inspiration for every music diva who followed.  With a score featuring more than 20 of Summer’s classic hits including “Love to Love You Baby,” “Bad Girls” and “Hot Stuff,” this electric experience is a moving tribute to the voice of a generation.  SUMMER: THE DONNA SUMMER MUSICAL takes us through Donna Summer’s tumultuous life, tempestuous loves and mega-watt musical hits. Spend the night in her electrifying universe. 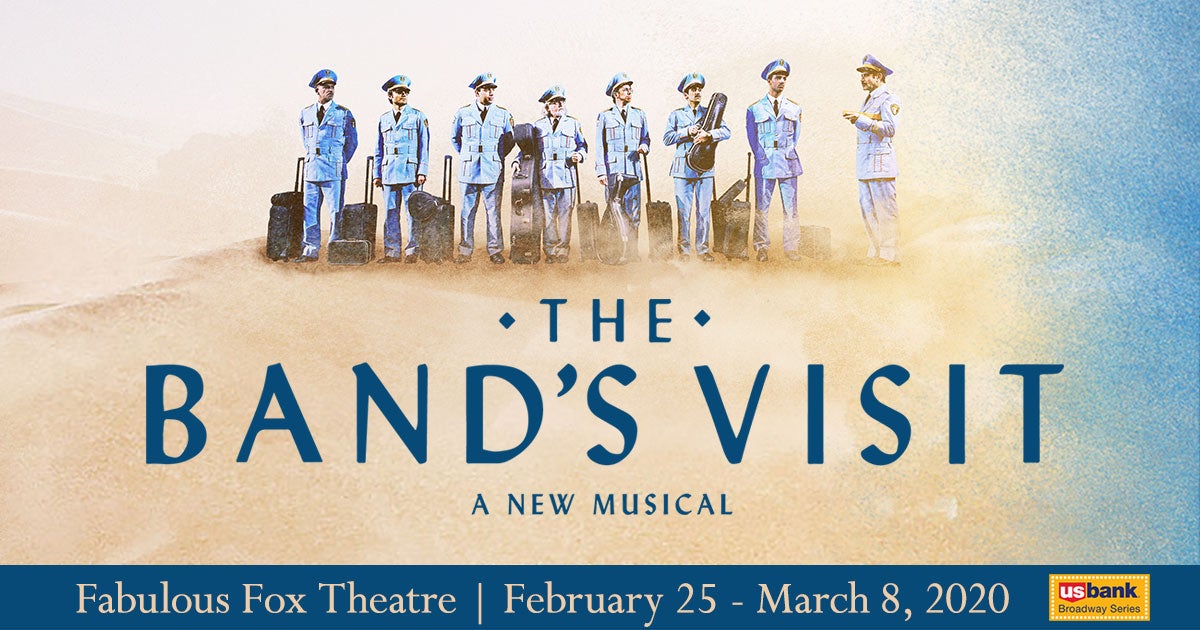 Spend an evening in the company of unforgettable strangers at THE BAND’S VISIT—now one of the most celebrated musicals ever with ten 2018 Tony® Awards including Best Musical. And now it’s also a Grammy Award® winner for Best Musical Theater Album. THE BAND’S VISIT rejoices in the way music brings us to life, brings us to laughter, brings us to tears, and ultimately, brings us together.  In an Israeli desert town where every day feels the same, something different is suddenly in the air. Dina, the local café owner, had long resigned her desires for romance to daydreaming about exotic films and music from her youth. When a band of Egyptian musicians shows up lost at her café, she and her fellow locals take them in for the night. Under the spell of the night sky, their lives intertwine in unexpected ways, and this once sleepy town begins to wake up. 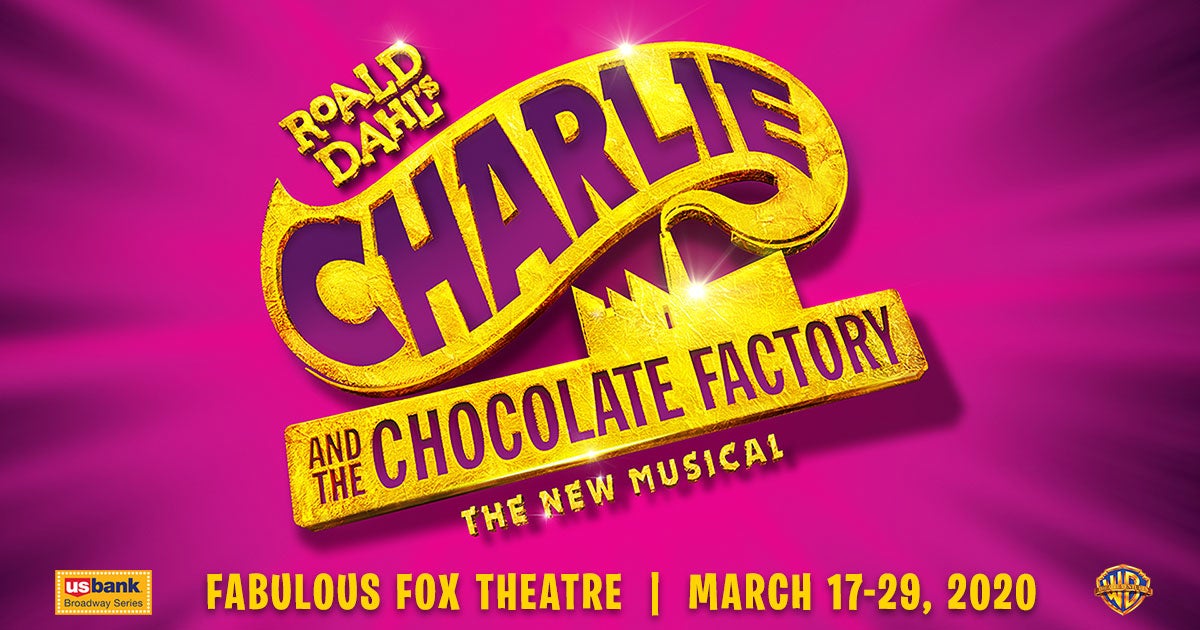 Roald Dahl's amazing tale is now St. Louis’ golden ticket! It's the perfect recipe for a delectable treat: songs from the original film, including "Pure Imagination," "The Candy Man," and "I've Got a Golden Ticket," alongside a toe-tapping and ear-tickling new score from the songwriters of Hairspray.   Willy Wonka is opening his marvelous and mysterious chocolate factory...to a lucky few. That includes Charlie Bucket, whose bland life is about to burst with color and confection beyond his wildest dreams. He and four other golden ticket winners will embark on a mesmerizing joyride through a world of pure imagination. St. Louis audiences will experience the wonders of Wonka like never before – with Oompa-Loompas, incredible inventions, the great glass elevator, and more, more, more at this everlasting showstopper! 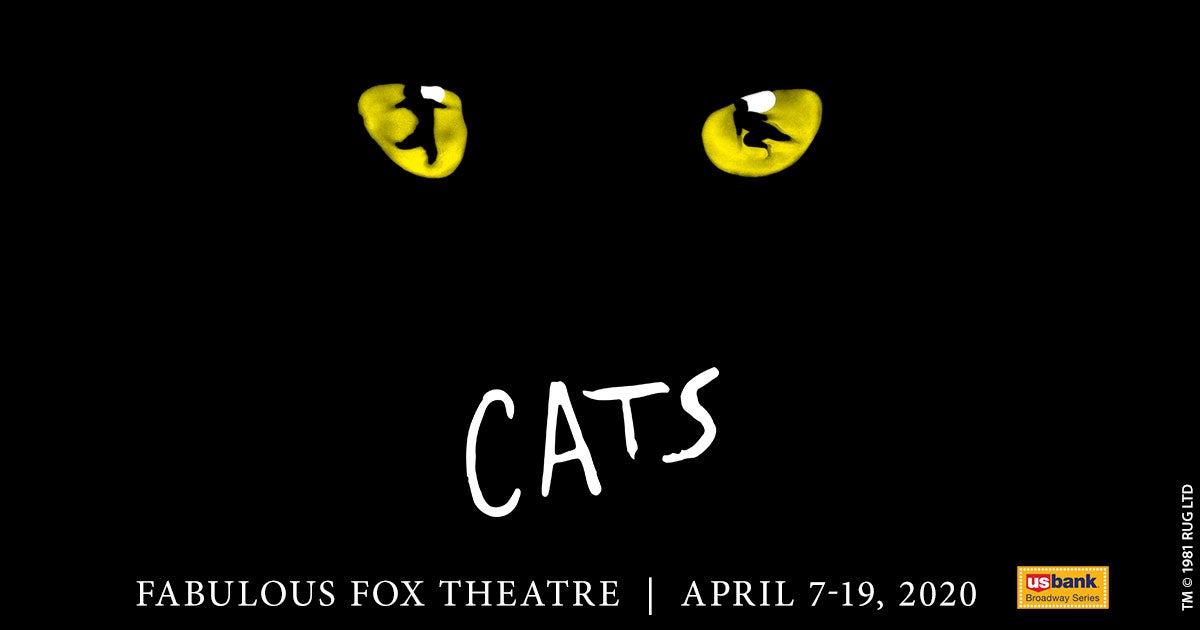 CATS, the record-breaking musical spectacular by Andrew Lloyd Webber that has captivated audiences in over 30 countries and 15 languages, is now on tour across North America! Audiences and critics alike are rediscovering this beloved musical with breathtaking music, including one of the most treasured songs in musical theater—"Memory”. Winner of 7 Tony Awards® including BEST MUSICAL, CATS tells the story of one magical night when an extraordinary tribe of cats gathers for its annual ball to rejoice and decide which cat will be reborn. The original score by Andrew Lloyd Webber (The Phantom of the Opera, School of Rock, Sunset Boulevard), original scenic and costume design by John Napier (Les Misérables), all-new lighting design by Natasha Katz (Aladdin), all-new sound design by Mick Potter, new choreography by Andy Blankenbuehler (Hamilton) based on the original choreography by Gillian Lynne (Phantom) and direction by Trevor Nunn (Les Misérables) make this production a new CATS for a new generation!

HAMILTON is  the  story of America's Founding Father Alexander Hamilton, an immigrant from the West Indies who became George Washington's right-hand man  during he Revolutionary War and was the  new nation’s first Treasury Secretary. Featuring a score that blends hip-hop, jazz, blues, rap, R&B, and Broadway, HAMILTON is the story of America then, as told by America now.  With book, music and lyrics by Lin-Manuel Miranda, direction by Thomas Kail, choreography by Andy Blankenbuehler and musical supervision and orchestrations by Alex Lacamoire, HAMILTON is based on Ron Chernow’s biography of Founding Father Alexander Hamilton.

Seven Broadway specials will be offered to 2019–2020 season ticket holders for priority seating before their public on-sale dates.

The party starts with Jimmy Buffett’s ESCAPE TO MARGARITAVILLE October 18-20, the musical comedy featuring both original songs and your most-loved Jimmy Buffett classics. See what all the noise is about with STOMP November 15-17, now celebrating 25 years in New York City. CIRQUE DREAM HOLIDAZE lights up the Fox stage with its popular and electrifying holiday stage spectacular November 29-30. St. Louis’ most “popular” musical WICKED returns for the holidays December 4-29. JERSEY BOYS will take you from the streets of New Jersey to the Rock ‘n’ Roll Hall of Fame January 30-February 2. RIVERDANCE comes back to St. Louis with a powerful and new 25th Anniversary production February 14-16. Back by popular demand, the Pulitzer Prize and Tony® Award winning show RENT continues to speak loudly and defiantly to audiences February 21-23.

New seven-show season ticket packages will go on sale May 8 at 10 a.m. Current U.S. Bank Broadway season ticket holders will receive their renewal information the week of March 18. On-sale dates for individual shows will be announced later. For more information, please call the Fox Subscription office at 314-535-1700. Groups of 10 or more should call 314-535-2900 for special rates and reservations. The Broadway Series at the Fabulous Fox Theatre is presented by U.S. Bank.